In our work, the question arises countless times how competition is related to product development? This is when Formula 1 teams come to mind, where racing, the desire to win drives engineers to innovate continuously, which ultimately results in well-proven innovations later appearing in everyday cars as well. The parallels may be a little arrogant, but the fact is that many of the SBS products available to everyone today are similarly made! One of the great advantages of competing is, that we can try out many ideas and prototype baits in a sharp situation, so that we can draw conclusions and experiences by catching several tons of fish in a few days.

The SBS SziKo and Tizo teams have achieved outstanding competition results recently! Uniquely in the history of the Maconka Cups (Hungary), we were able to reach the top of the podium twice in a year! One of the keys to success was the red liquid that was still in the “secret” testing phase at the time and is now available to all carp anglers as a novelty this year! 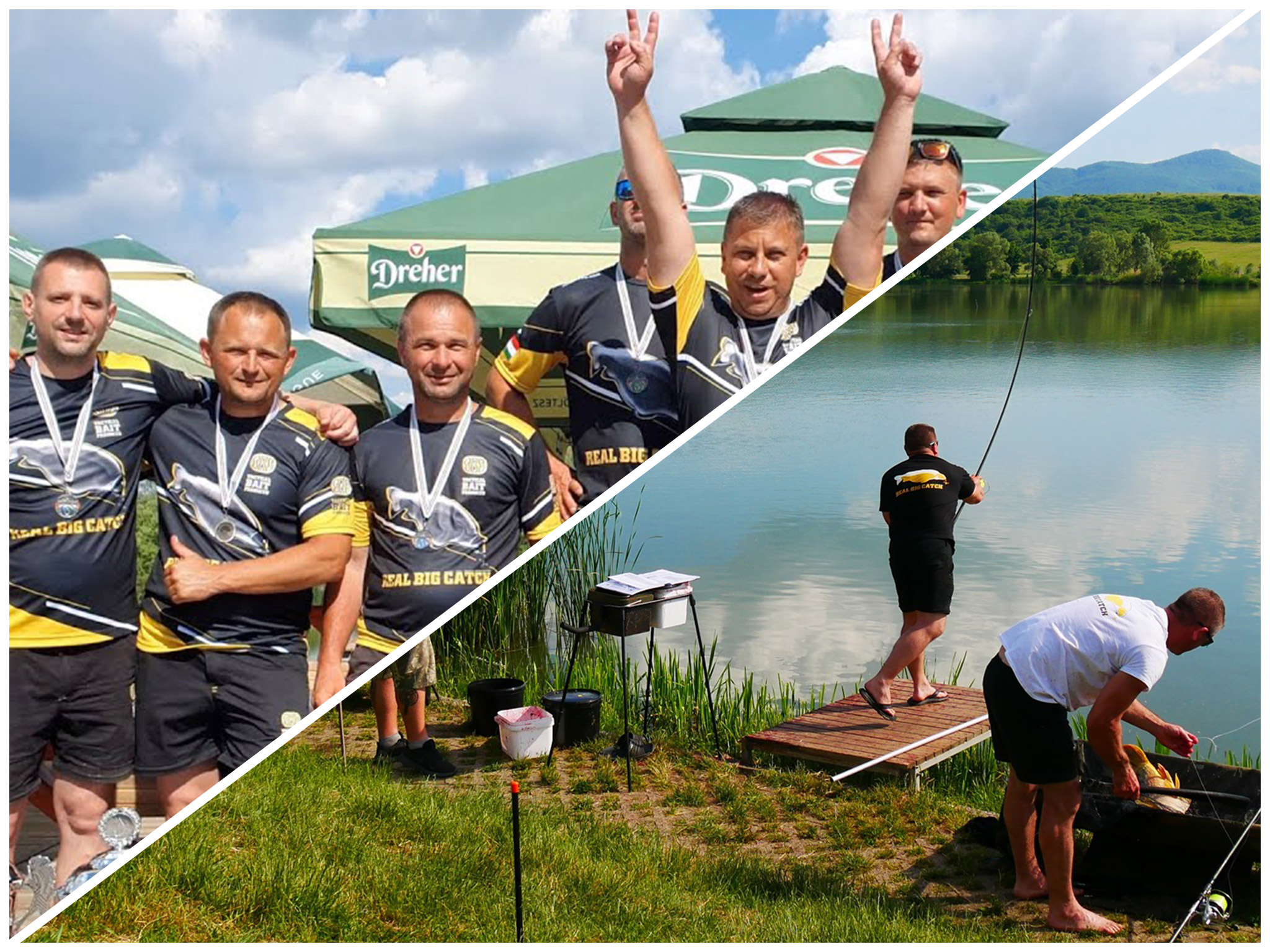 The PVA bag technique is already known and used by many people, hopefully you have already experienced how successful and effective the technique is during even a half-day fishing.

... we offer a complex PVA BAG PROGRAM for anglers ...
With this year's RED ONE products, the circle is closed and we are offering anglers a complex PVA BAG PROGRAM, each element of which is an important part of the ultimate success! Every element of the program is the result of careful design and testing (from the PVA bag to the PVA lead to the pellets or attractors) that has become 100% complete with RED ONE products. 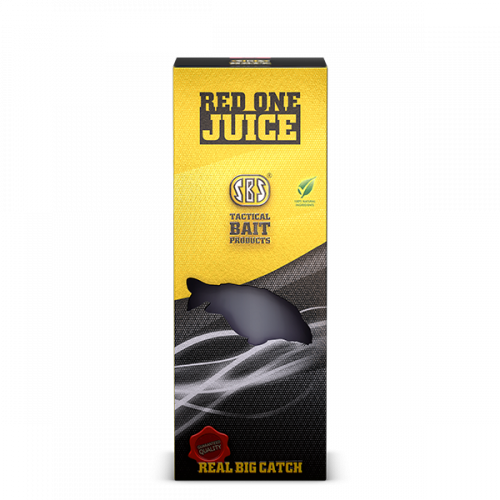 Red One Juice
RED ONE JUICE
Perhaps we are not revealing a great secret that the success of a fishery, whether in terms of the number of individuals caught or the frequency of catches, can be greatly influenced by the use of different liquid ingredients. It is no coincidence that dips or liquids with CSL (Corn Steep Liquor), which is rightly popular at SBS, succeed in dissolving in water during both cold and warm periods and attract fish with their valuable attractants. 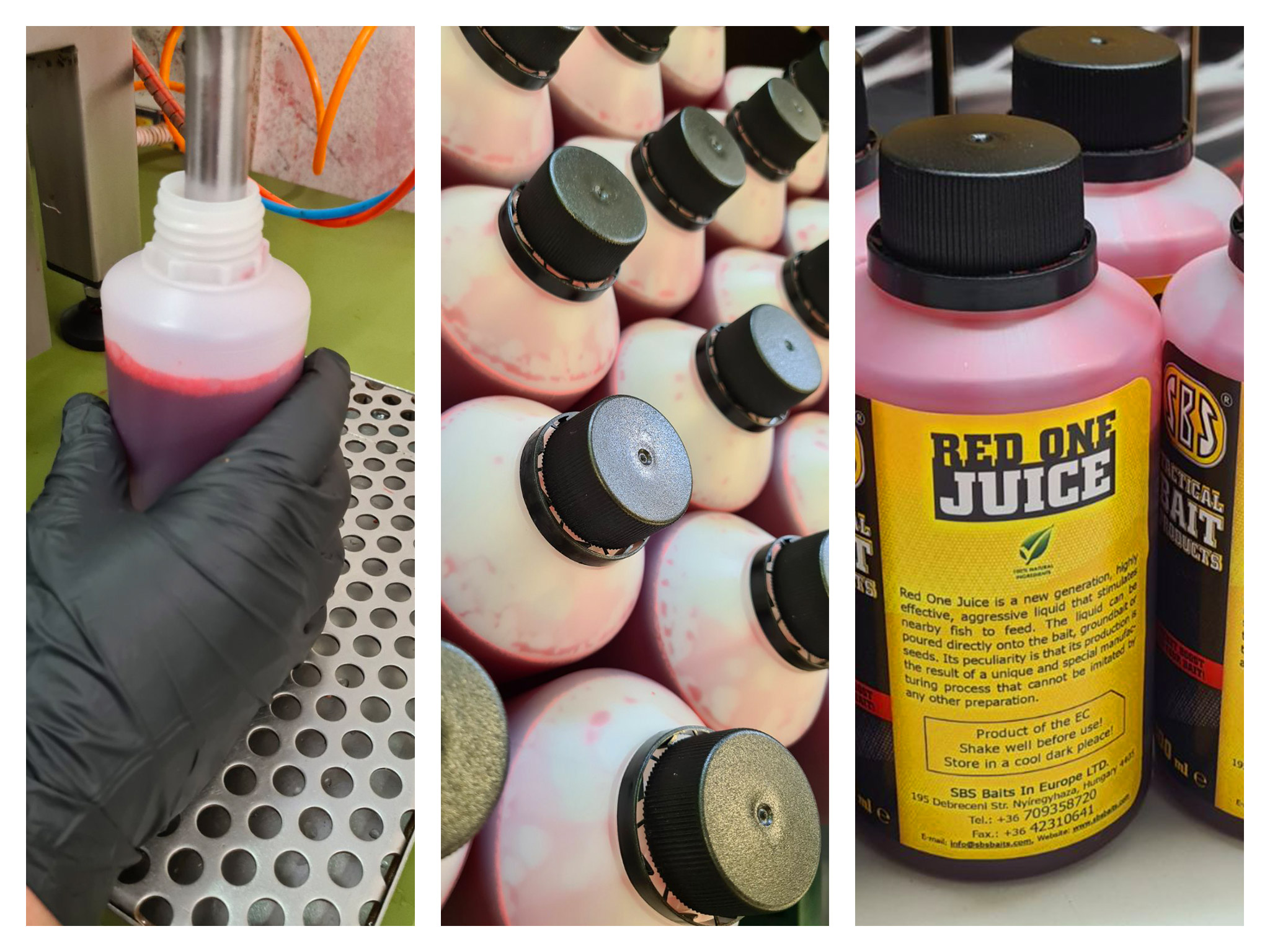 Red One Juice is a new generation, highly effective, aggressive liquid that encourages nearby fish to feed when they get into the water. The liquid can be poured directly onto the bait, bait or seeds for feeding. Its peculiarity is that its production is the result of a unique and special manufacturing process that cannot be imitated by any other preparation.

In 2021, the III. In the Maconka Bojlis Super Cup, the SBS SziKo Team finished first with 1,965 kg and the SBS Tizo Carp Team finished second with 1,679 kg. The SBS teams set a new record in the 115-hour race with these catch results! Red One Juice has played a prominent role in achieving outstanding results! 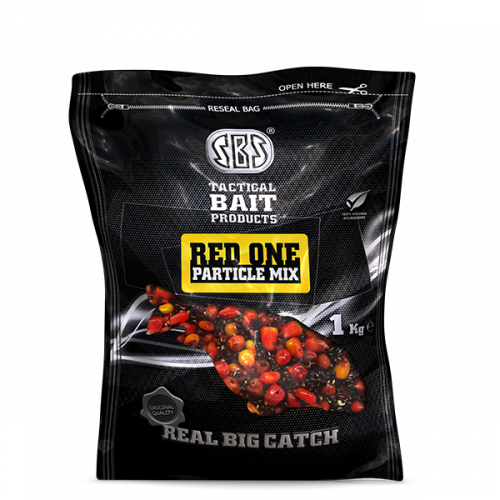 Ready-to-use, ready-to-use, cooked seed mix (tiger nuts, corn, hemp) soaked in Red One Juice. Red One Juice is a new generation, highly effective, aggressive liquid that encourages nearby fish to feed when they get into the water. The liquid can be poured directly onto the bait, bait or seeds for feeding. Its peculiarity is that its production is the result of a unique and special manufacturing process that cannot be imitated by any other preparation. 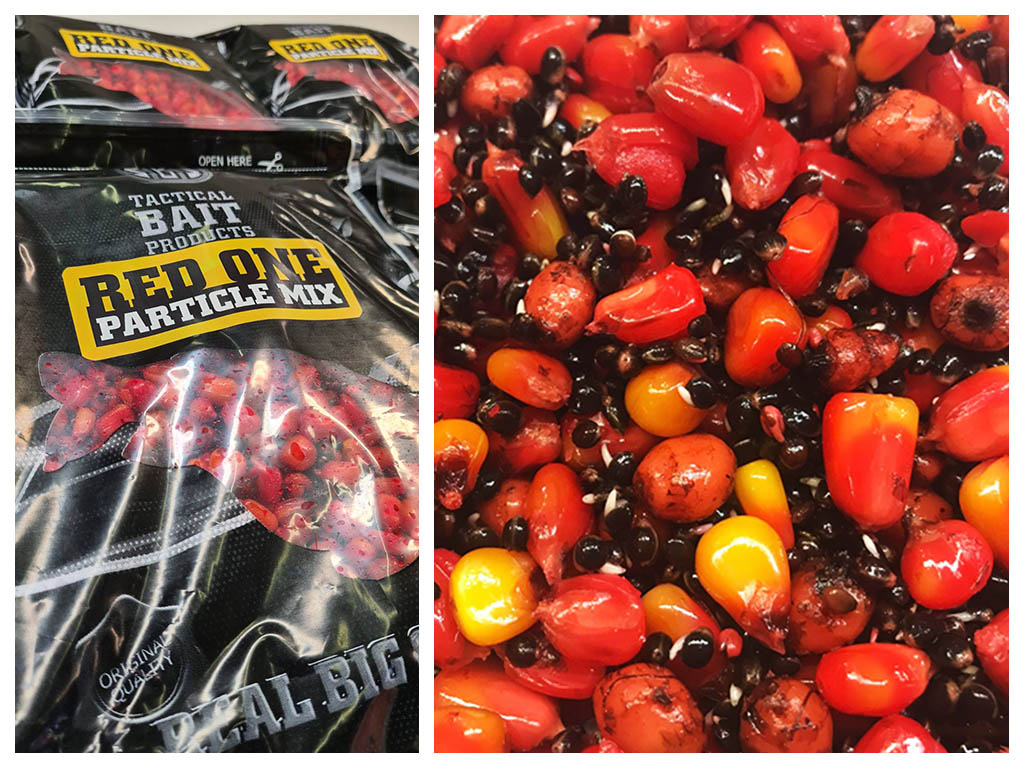 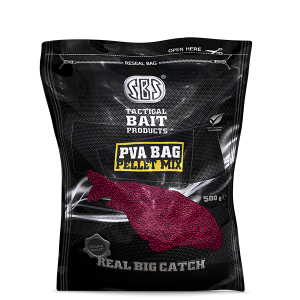 An important element of our PVA program is a blend of 2-3 mm pellets with a high protein content. Starting this year, the product range will be expanded with the much-proven Squid & Octopus (octopus squid) flavoring, which will most likely be a favorite for summer fishing. 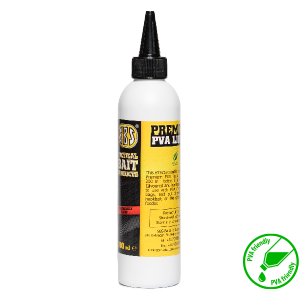 By filling the PVA Bag Pellet Mixes into the PVA, we can flavor them with Premium PVA Liquids that are suitable for the season and the water temperature, so we can make the already good method even more efficient and the lure even more attractive! Starting this year, the range has been expanded with two new flavors, now this product is available in Squid & Octopus (octopus squid) and Liver (liver) flavors! 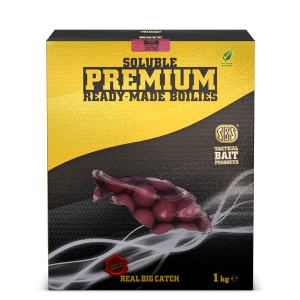 The cooked version of the Premium Boilie has been available in 24mm sizes for years. I wonder why you might need the same size from the soluble version, which was developed primarily for fast, rapid, or competitive fishing? During discard fishing, it is often necessary to fish for distances longer than 100 meters, in which case it is also a great challenge to get the bait for feeding to the chosen fishing spot! It is impossible to “pipe” 20 mm soluble boilies to 120-130 meters or even further away! Even in such a situation, 24 mm lures come out of the bait bag during competitions. Boilies with this diameter and weight can also be delivered over long distances with a throw tube. 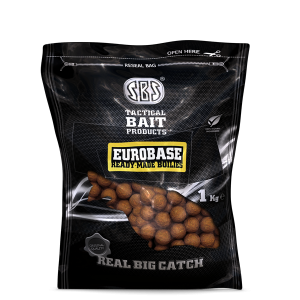 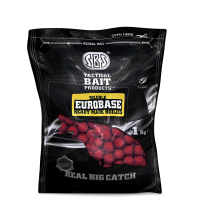 In the case of Eurobase boilies, we still stick to our initial motto: quality at an affordable price! In 2022, in addition to the existing 7 flavors, Liver will arrive as a new member, i.e. the liver-tasting boilie!

We have shot a two-part film about this year's new RED ONE products, the first part of which can be viewed at the link below. The second part is coming on February 25th!