Finally, the moment for a family vacation in Bled arrived and of course, I took the opportunity to go fishing.

I really had a lot of luck when I managed to get the permits to fish on the lake. Since the limit is 10 permits per day, I watched every day when a permit would be available. Luckily for me, I got it 3 days in a row.

I already knew from previous experiences, that when fishing on Lake Bled it’s not good to overcomplicate things too much. The positions are always the same, the distances of the approximate places I had already logged and had written down previously, so all that I needed to do was to clip up and cast the rigs to the places where I feed the fish…

Since I had nothing with me but boilies and a cobra, feeding began early in the morning on the first day. I tried to make the feed area as large as possible, so I didn’t focus on the micro locations. Me and the cobra where collaborating very well, so I already felt the pain in my hand on the first day. I was expecting to catch during that first day - and I was right. It was smaller carp, but still.

However, when the atmosphere warmed up, the activities on lake began and that made me a little desperate. Various vessels were on the water, lots of swimmers… and many other things. What bothered me the most was that during these 3 days, many swimmers, due to their own carelessness, crashed into the system and dragged it across the floor. So I had to cast back out again to the feeding places several times.

I fished only with pop ups - Sbs M1 Premium - to which I added a pva bag filled with Sbs pva pellet mix and crushed Sbs M1 Premium boilies. I poured the mixture with Sbs spod juice M1, that soaked nicely.

The results were excellent. Even though I had a bit of a problem with catfish, which cleaned my feeding area constantly - I caught eight of them! However, the carp had really incredible weights, which I did not expect. 25, 24, 22, and 16 kg, and a few smaller ones.

I was very pleased with the total catch, even though I had also lost two larger fish, but that is the charm of fishing.

In the end, I told myself I would definitely be back. I also recommend everyone to visit the lake, as it is really something special. 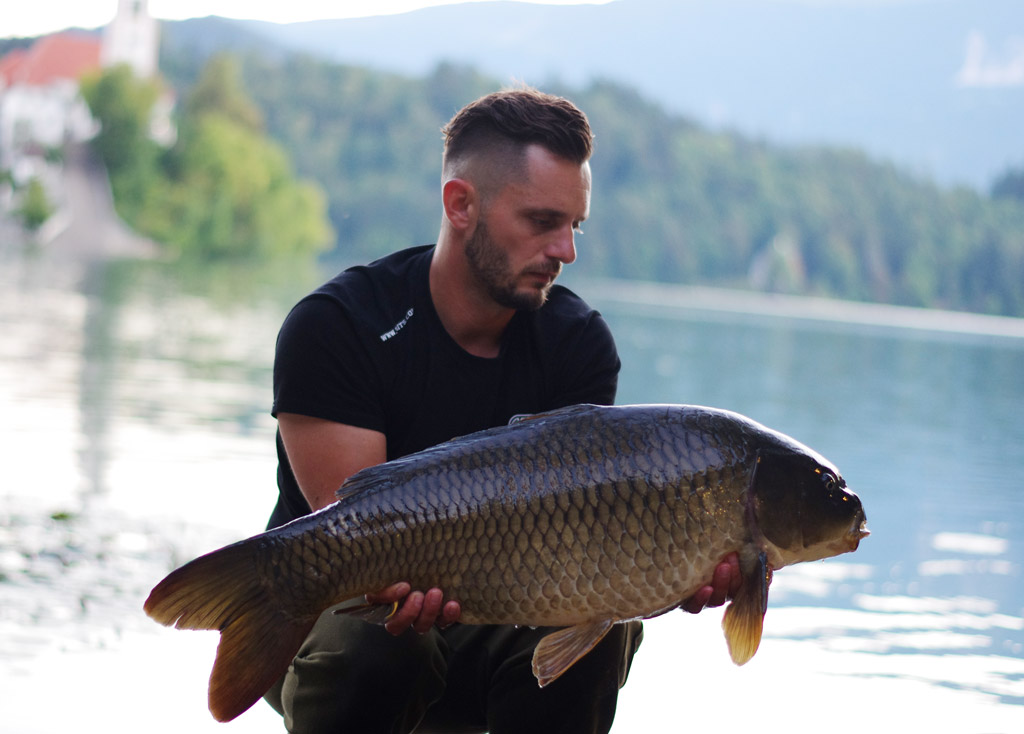 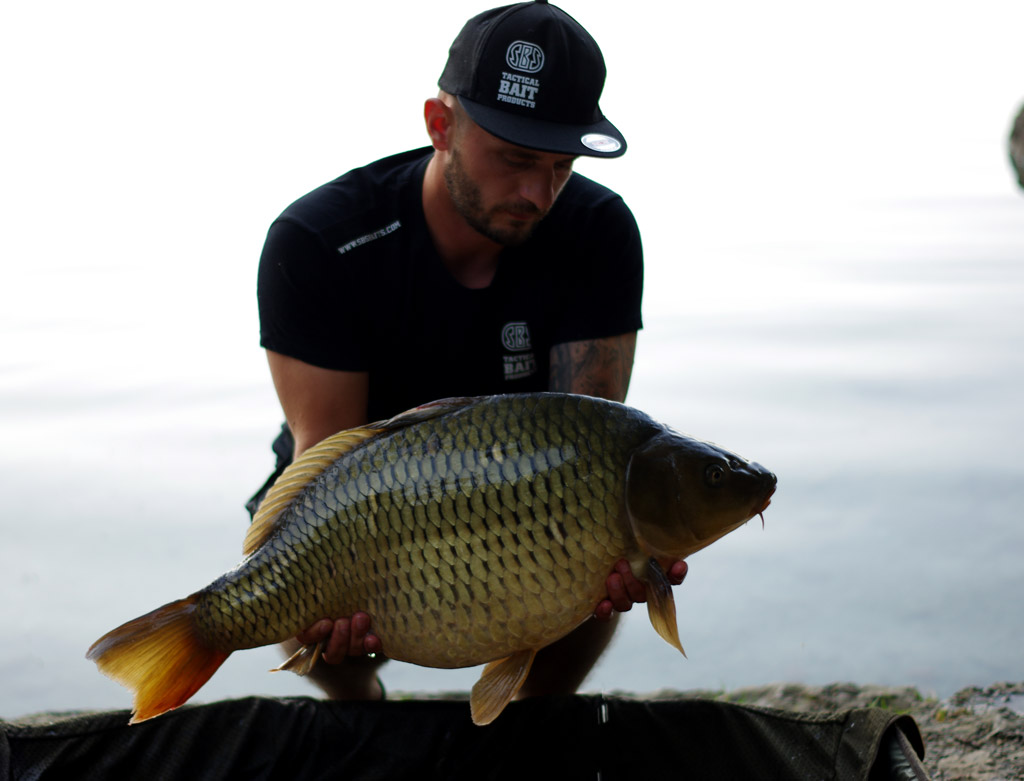 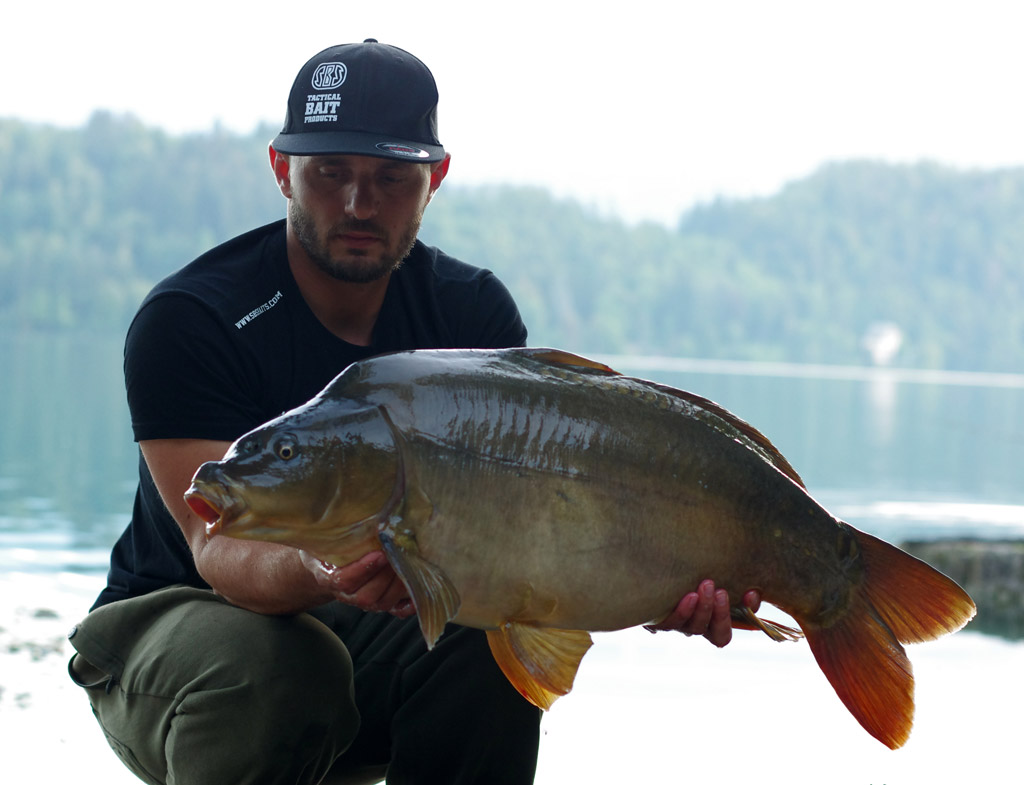 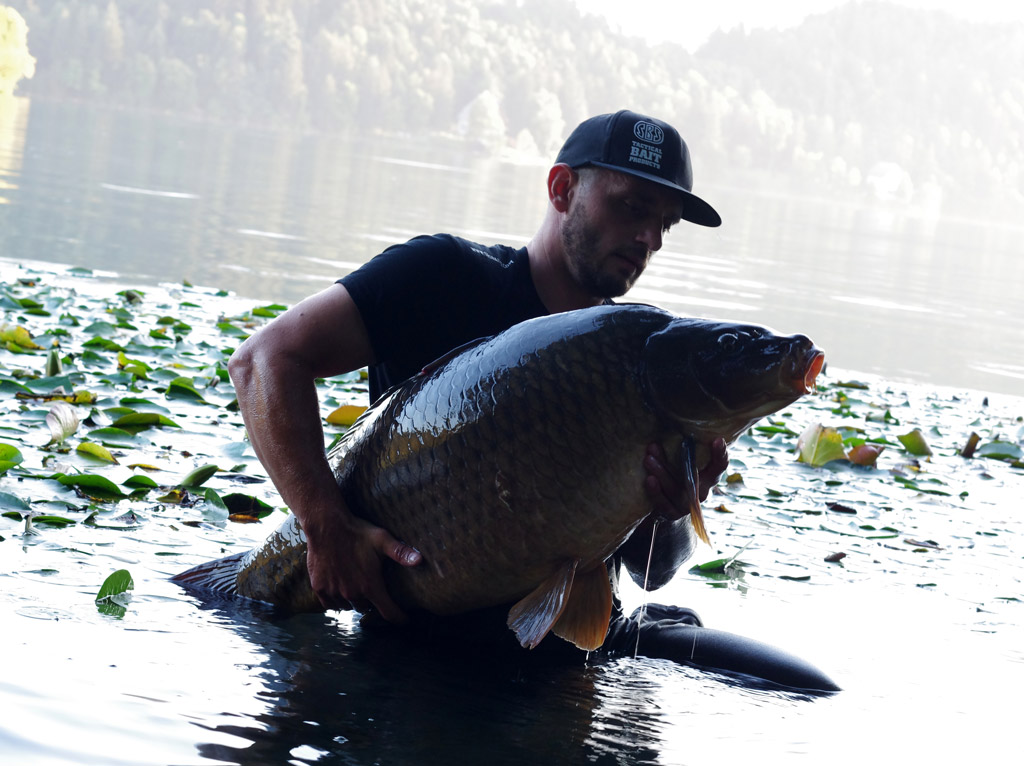 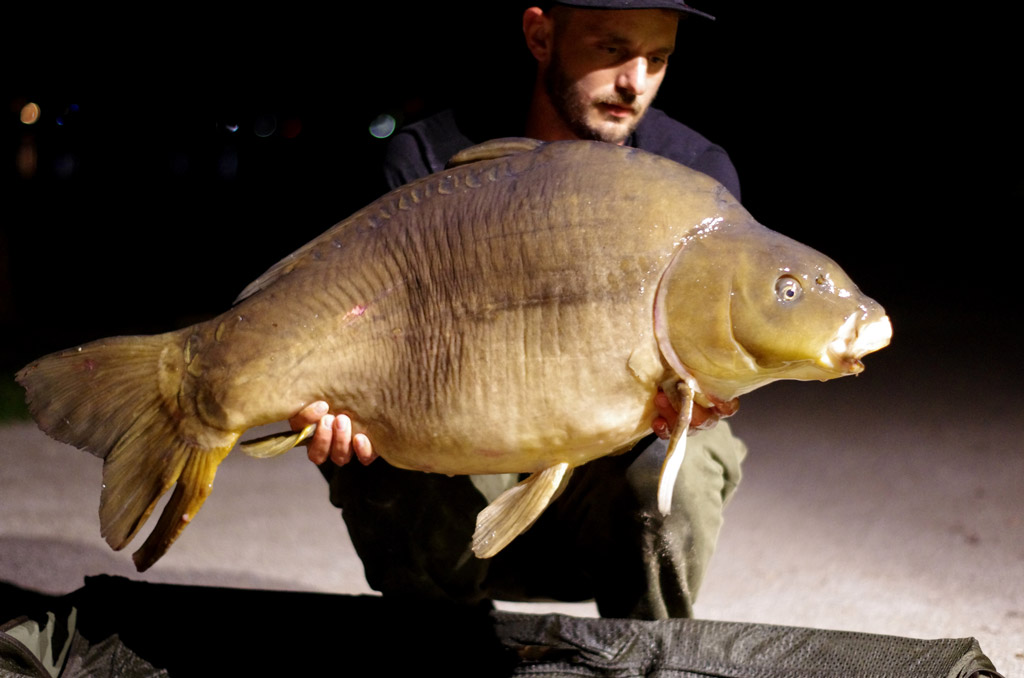 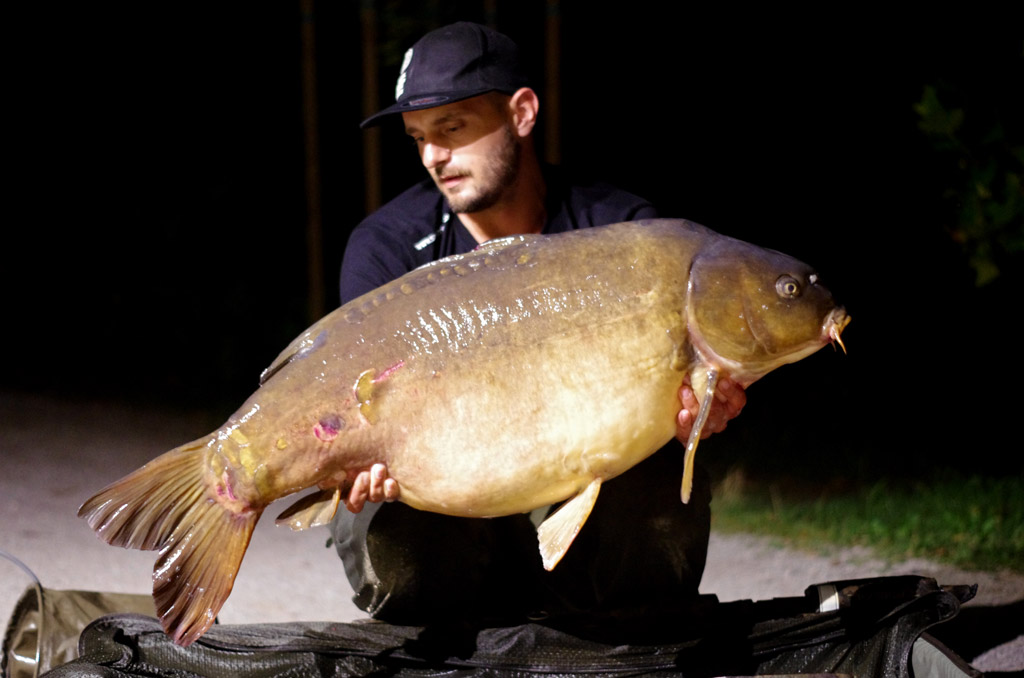 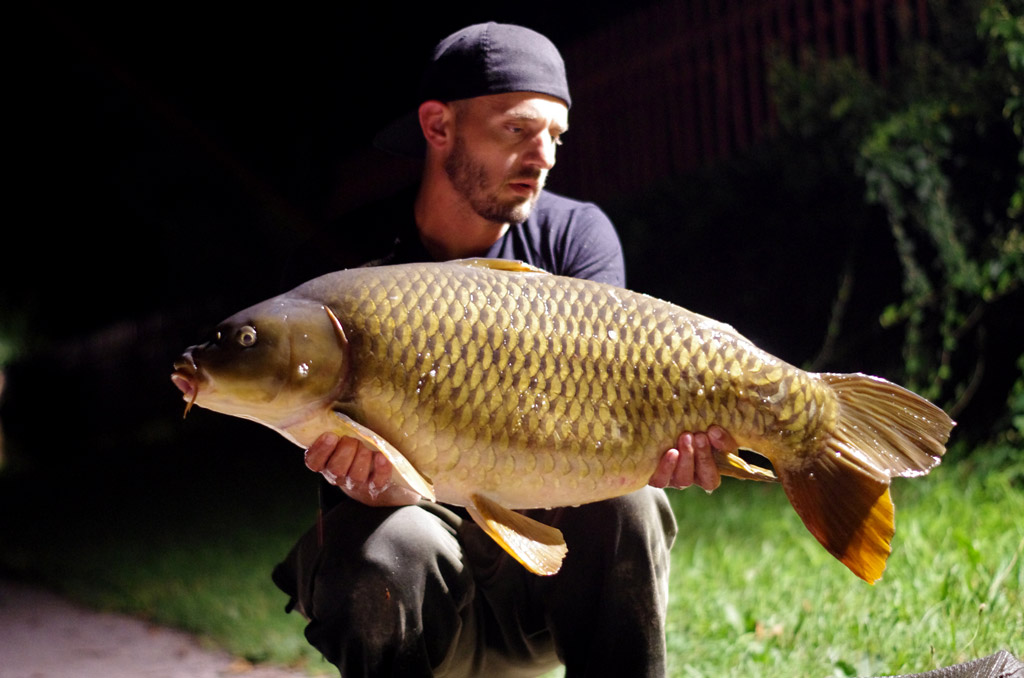 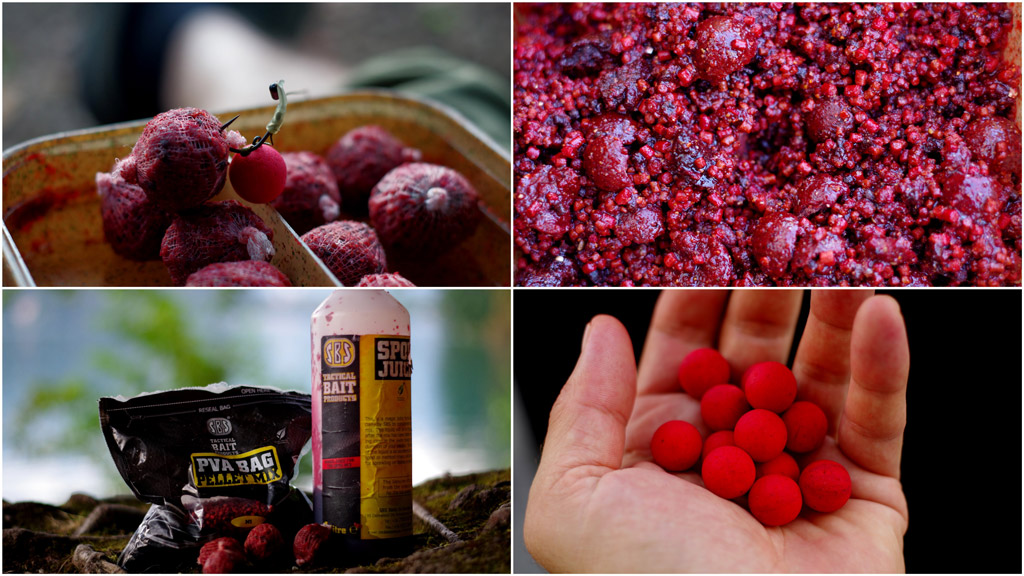